Once upon a time, there was a princess with a terrible curse upon her. Three weeks out of every month the princess lived an ordinary life. But the fourth week the princess turned into a terrible monster.

I can remember when I was in college, engaged to Nate, and working through a marriage book for women with one of my mentors. I know now that the book was highly patriarchal (or complementarian as they prefer to be called.) I remember at one point in the book the (female) author said that a godly wife never blames PMS or her period for unkindness or laziness towards her husband or children, that it’s never an excuse to slack off from serving them.

I bet that author never had premenstrual dysphoric disorder.

PMDD– otherwise known as the hell-child of PMS and out-of-control brain chemistry. It was a relief when I found out what it was, five months ago. It was a relief to know that I was not, in fact, going crazy, that I was not really the witch, the bitch, the sobbing wreck that had begun appearing every month in the week before my period.

Nate comes home, tells me that the powers-that-be in the Air Force want to move us back to California, to the base whose address is: Middle of Nowhere, Mojave Desert. (Take a left, drive twenty miles past loneliness, just south of isolation, until you get to depression. When you see suicidal ideations on the horizon, you’re there.) For two days I am quite simply furious. I don’t cuss very often. It is a measure of my fury when my language gets salty.

The third night, all three of them invade all at once.

The Darkness. In a Renaissance literature class I took in college, we studied Golding’s translation of Ovid’s Metamorphoses, and that was the first time I ran into the idea of the two separate creations in Genesis– that the formless, void earth over which the spirit of God hovers in Genesis 1:2 is actually a dark chaos, full of disordered matter, the destroyed leftovers of the first creation in Genesis 1:1. That is the kind of darkness in my brain. It is chaotic, disordered, the aftermath of a nuclear meltdown, a writhing roiling blackness haunted by horror.

The Bully. The inner critic. This Bully has lived with me for the better part of my adult life. In fact for many years I accepted it as a spiritual guide, a belief fed by teaching that encouraged dwelling on guilt and sin and one’s own utter worthlessness, that one ought to be astonished that God would ever stoop to care about such a disgusting worm as one’s self. Look at the way you fail your family. Your children are going to grow up traumatized because of you and the ways you fail them. They will resent you– they will hate you. You are pathetic– you can’t even get it together to do the bare minimum. You are a burden on your husband. You can’t even be an equal partner with him. He would have been better off marrying someone else. Happiness? Don’t make me laugh. How dare you think about happiness. You deserve nothing good.

The Monster. I have never before seen its face quite so clearly as I do this night, but with the Bully’s ruthless, never-ending stream of words and the roiling burning Darkness comes a hiss of something even more malevolent, and there they are, the images that have come before, but never before so clear as this, so intense. The walls are closing in, hisses the Monster, there are the knives, the Air Force will never listen to anything but your blood. It is terrifying how reasonable this sounds. It is terrifying that I feel afraid to do anything but lie in my bed and cry.

For ten days I live with the chaotic darkness. My period won’t start. The Bully is never quite silent– some days it is quieter, I can mostly ignore it, but there are several more times when its voice is deafening, impossible to block out, to hear anything but its accusations. I live in an exhausted fog, never knowing when the Monster might come slithering out from the darkness, to give me more images of knives and blood.

Nate’s parents come. Then my mom comes. We talk to doctors, to counselors. A chaplain comes to our house. Dear friends text me every day to check on me. Other friends watch our kids. This is all very helpful. A trip to the ER is not helpful– for once it is established that I’m not actually going to try to stab myself there in the triage room, there is a collective shrug, a script about self-care but with no actual help offered, and they send me home.

Is it any wonder that for centuries upon centuries, people who suffered from depression thought they were demon possessed, abandoned by God? And even here in the 21st century, it is all too common in the Christian community for mental illness to be treated with suspicion, derision, and accusation. I can’t quite get over the fear that somehow I’m making everything up– that this is all my own fault.

And then my period finally starts, and the day after that I wake up and the Darkness is gone. The Bully has gone silent. I know that the Monster will not haunt me. I am free.

Once upon a time, there was a princess with a terrible curse upon her. Three weeks out of every month the princess lived an ordinary life. But the fourth week the princess turned into a terrible monster. 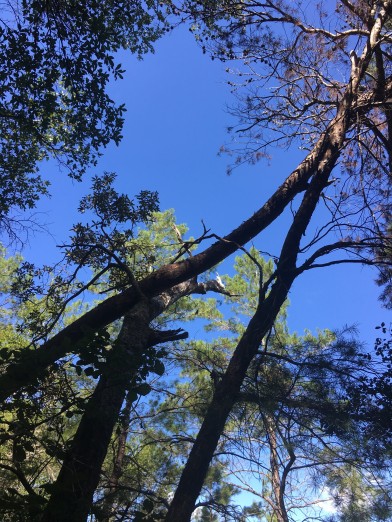 When I write a blog post I always feel semi-obligated to give some kind of takeaway, to wrap it up with a neat and tidy bow. I don’t have one: there’s no happy-ever-after for me, at least not yet; there’s no cure for PMDD except menopause, though there are a variety of therapies and medications that can be tried that can alleviate it.

If you want takeaways, then here you go:

1. There are people who live with the Monster and the Bully every single day. They don’t get any relief. Sometimes life becomes unbearable for these people, and they take their own lives. If you want to call these people selfish, weak, or cowardly for this, do us all a favor and get some counseling until you learn empathy, or at least learn how to keep your mouth shut.

2. If you have heard its voice, then know that the Bully is not your friend. It is not your conscience, and it is certainly not the voice of God. You are valuable. You are deserving of happiness. Your broken brain is not evidence of your own evilness; it is part of the wounds of the world, a world where things are not as they are supposed to be. God isn’t pretending to love you because you are a disgusting worm; God loves you because you are a beautiful creation, broken brain and all.

3. If someone close to you is going through mental illness, try to make an effort to be present for them. This might just look like sending a text every day to ask how they are feeling. Resist the impulse to offer solutions or explanations for why they are going through what it is, unless they specifically want to talk about that. You can’t fix their brains, but you can contradict the Bully and the Monster. You can sit with them in the Darkness. You can let them know they are not alone.

8 thoughts on “The Monster, the Bully, and the Darkness”