When Nate asked me to be his girlfriend, almost ten years ago, he told me he was looking for a “life partner.”

And even though I was internally exploding with firecracker excitement at how this cute, smart, witty guy was interested in me, at those two words, “life partner”, I thought, “huh, weird word choice.” I was happy to know that he was interested in a serious relationship, but at the time I thought it wasn’t a very romantic way of putting it. But then, I grew up in the evangelical world, and Nate didn’t.

If he had said, “Madam, I seek a wife,” I would have swooned like a heroine in a Brontë novel. What I didn’t know at the time was how fitting the words “life partner” really were, and how it was the most romantic thing he could say to me.

Unfortunately, even in the 21st century the word “wife” can have all kinds of subtle implications beyond the straight definition of “the woman to whom a man is married.” Depending on the culture/family environment/religion you grew up in, wife might mean life partner. But it might also mean subordinate, second-class citizen, housekeeper/servant, or even more deadly things such as blind follower, doormat, or sex slave. I didn’t realize it at the time, but by telling me he wanted a life partner Nate was showing me his fundamental respect for me as an equal in our relationship. 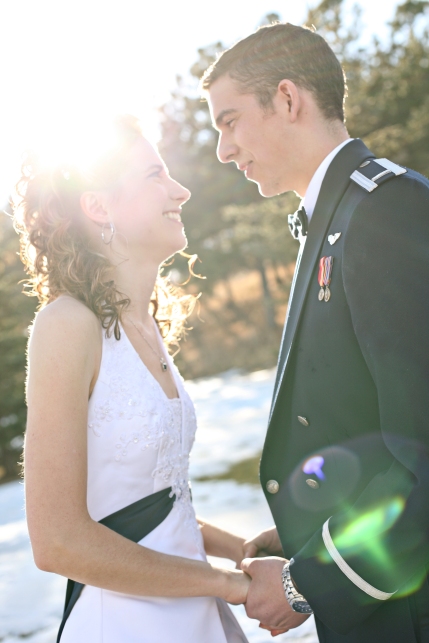 In the early years, I listened to too many voices insinuating that my value lay in being a “good” wife to Nate. What long and burdensome lists those voices had for what constituted a “good” wife! And oh, the crushing sense of failure and despair when I couldn’t live up to them. I can see a scary alternative story for myself if I had been married to a different kind of man– a selfish man, a man who saw me as an extension of himself rather than a person in my own right, a man who used religious language to demand my submission and justify his own dictatorship. Primed as I was by some of the evangelical voices in my life to make “good wifehood” my ultimate goal, I would have lived in perpetual striving for an unreachable goal, always exhausted, always enslaved. 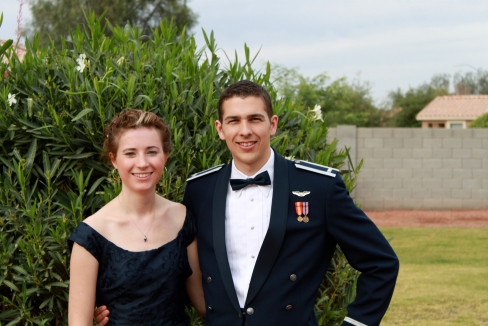 But luckily, blessedly, wonderfully, I married Nate. Nate, who has always loved me for myself, and valued me not for whether I was measuring up to all the arbitrary standards of “good” wifehood (or “good” anything) but for the unique person I am, with all my quirks, flaws, foibles, passions, and ideas. Nate, who is not my boss, my leader, my spiritual head, or my lord– but my partner. Nate, whose respect for me and confidence in me has cultivated my own self-respect and self-confidence. Nate, who sees me not primarily as my wife but as Meredith.

We’ve been through a hell of a lot in our marriage, and it feels like we’re limping across the finish line of this eighth year. But in spite of the rough times and the rougher times, the moving and babies and losing babies and separations and mental health implosions,  I can say that I am happier with Nate today than I was eight years ago.  I am more myself, more free, more alive, than the day we said “I do.” My husband calls forth my best self, my true self, not for his sake but for my own. That is what love, real love, always does.

One thought on “Eight Years”